My Assembly legislation on dioxin was adopted by the Bay Area Air Quality Management District, resulting in the closure of the only commercial medical waste incinerator in California, in Oakland.

In 2013 the Fairview Fire Protection District Board asked me to research and write a Resolution for enhanced air monitoring in the South Central East Bay, where we have the highest rates of respiratory disease, but the least public access monitoring.  I have submitted it to city councils, park and school districts throughout the region to consider and study the health data for each of our vulnerable communities, many of which are minority and low income.  Two U.S. Presidents' Environmental Justice Executive Orders demand safety in siting and monitoring new manufacturing plants in population centers like the Bay Area, but recent Bay Area News Group reports indicate we are not safe at all.

For more information or to receive the text of the Resolution, email me at info@audiebock.org.

What We’re Doing for Breathable Air 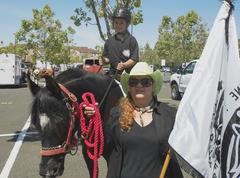 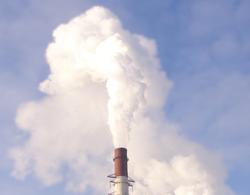 We can't afford to keep politicians who listen only to public employee unions, big housing developers and crony-capitalist industries, putting California into a downward spiral of debt and decaying quality of life.

I grew up in the East Bay attending public schools, Wellesley College, Harvard Graduate School and University of San Francisco College of Professional Studies.  I have been a professor at top U.S. universities and local community colleges, and a K-12 substitute teacher.

I have taught at Japanese universities, written books on Japanese cinema, run small businesses and non-profit organizations, including ten years of the Rides Foundation through East Bay Community Foundation.   I am committed to public school reform, a healthy environment and reducing California taxes--the highest in the nation.

Elected to the California State Assembly without a major party, I wrote bills to help veterans, teachers, crime victims and school nurses; to audit the troubled Alameda County Probation Department and to reduce air pollution.  I lobbied my bills myself and worked both sides and the governor, getting seven bills signed into law in a single session.

After caring for declining parents for a   decade, I was elected to the Fairview Fire Protection District, a local government office.

As part of serving constituents for fire,   hazardous materials and all emergency    services, I sought and achieved Board   opposition to the State Fire Tax, promotion of relationships with the school district, and   cleanup of area-wide air pollution.

I am grateful for having had these opportunities.