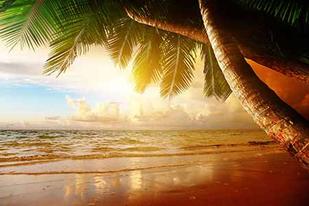 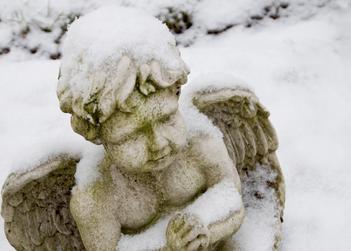 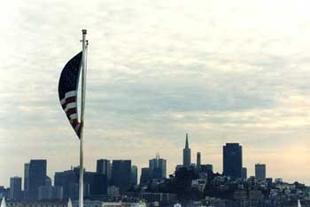 Sanctuary cities have just been banned by the state of Texas while they are promoted by the state of California. Outside of these areas of contention, many of us ordinary folk are alarmed at these extremes, both of which seem unnecessary and destructive to a cohesive society. I am drawn to the Bible for help.

Joshua 20:1-9 (the whole short chapter) describes God’s command to the fledgling nation of Israel for designating six “cities of refuge.” They had one purpose only: to protect someone who had “unawares and unwittingly” killed someone from being slain by avengers of the deceased. (v. 3)  In other words, sanctuary is to prevent vigilantism when the killing is accidental. The central authority (God, through Joshua) named these sanctuaries in order to ensure a fair trial before the high priest (judge) and the whole congregation (jury) and stop revenge or honor killing.  Cities of Refuge protected not only Israelites, but “the stranger that sojourneth among them, that whosoever killeth any person at unawares might flee thither and not die at the hand of the avenger of blood, until he stood before the congregation.” (v.9)

I love this Biblical description from many thousands of years ago because it is so generous and at the same time so precise.  It applies only to cases of unintentional killing, where no hatred or planning is involved.  Although church and state were not separated in Biblical times, it requires saving the killer’s life until proper judgment can be carried out so it shows the genesis of our due process, “innocent until proven guilty.”  And it applies not only to the children of Israel but to people of other nations: the strangers who are staying among them.  It extends justice to all, as Jesus would later extend salvation to all.

So my interpretation, if I may, of Sanctuary or Refuge cities is that they are part of the foundation of a criminal justice system based on due process.   They are to prevent the savagery of revenge killing and give a killer the safety to “stand before the congregation” or tribunal for judgment. I would hope that all Christians today would support this ancient but incredibly humane principle.

At the same time I would also like to celebrate the narrow precision of the sanctuary concept in Joshua. When I lived near Hayward, California we had an incident in the schools where a father without permission entered the high school where his daughter was a student.  In view of many other students and her boyfriend, whom the father did not approve, he beat his daughter nearly to death.  He was duly apprehended by the Hayward police, who learned while booking him that he was an illegal alien.  They had to notify immigration authorities.  It was a surprise to me that the community was outraged that he would probably be deported, not that he had nearly killed his daughter and terrorized students and staff at a public school. I believe that the community dismay was misplaced, and that the purpose of Sanctuary Cities, which Hayward believes itself to be, is not to prevent prosecution of criminals but to facilitate due process.  Protecting an accidental killer from a lynch mob is totally different from protecting a violent perpetrator from the criminal justice system in our country or, if we have an extradition treaty, the perpetrator’s country of origin.

We also have the notorious example of the frequent felon who unintentionally killed a young woman in San Francisco.  How can a Sanctuary City justify having released him numerous times in the past to do harm over and over again? Why would Hayward want a violent father to be released back to his vulnerable daughter’s home?

We need to be very careful in defining Sanctuary, just as God was in His instructions to Joshua.  If we are to live in a just society, we must follow its laws.  Harboring criminals out of a generous spirit can put the whole community at risk.  Only if Sanctuary leads to due process is it true Sanctuary in the terms of the Book of Joshua. Joshua even says that after the judgment (assuming that it favors the unintentional killer), the perpetrator can go home to his own city and his own home. (v.6)  This marvelous generosity can only happen if due process is carried out, if the law is upheld.

There is no need to separate church and state in order to promote the Sanctuary concept as it appears in the Book of Joshua.  We aspire to be a nation of laws, as did the early nation of Israel. If we look upon the laws of the United States of America as rules to be broken in the name of Sanctuary we are going down a path to self-destruction. Refusal to cooperate with law enforcement is not the Biblical intention of Sanctuary. In fact, adherence to the Refuge City law is part of what would make Israel a cohesive society and a safe society. Forcing local authorities to shelter and release illegal aliens (I have witnessed a judge do this repeatedly in Traffic Court in California, where because I did have a license and spoke English only I had to pay a fine) breaks down our society and the Judeo-Christian legal and moral tradition that holds us together. We must define today’s Sanctuary in a way that is law-abiding and keeps both community and perpetrator safe, secure and righteous in the eyes of the Lord.